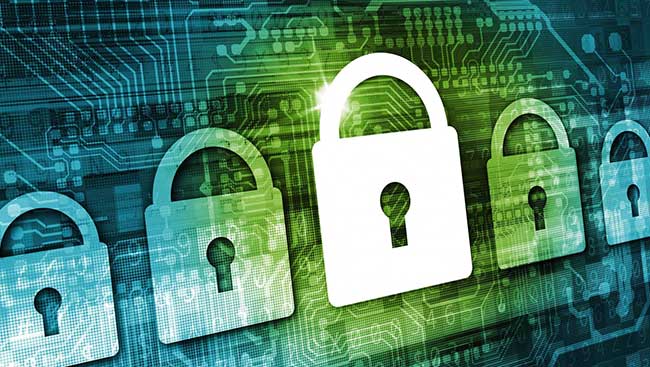 The year 2019 was pretty depressing in terms of privacy. The breaking news was constantly heard penalties for breaches of confidentiality or any government initiatives that may endanger personal data.

Online privacy is under attackfrom all sides. Hackers set their sights on huge databases of personal information held by large corporations. Hackers become millions of records containing personal information. Also, companies of all sizes are interested in collecting such information that can be used both legally and illegally, bringing them profit. Although, it seems, the benefit should be received by those to whom this data belongs.

Governments also collect personal information, andthey also get it from the companies that keep it. According to some reports, governments hold on to people's personal data even more tightly than most corporations.

Let’s take a closer look at the obvious threats to our privacy that arose not so long ago.

The most famous leak scandaldata is the case with Cambridge Analytica, which collected data from millions of people from Facebook accounts without their permission and used it to influence the outcome of the US presidential election in 2016.

Even when companies likeFacebook, hackers steal billions of personal data annually. Every day, people more and more understand that our personal information is not safe, even in the hands of major corporations.

Face recognition systems now appeareverywhere. Their use is growing much faster than we manage to keep track of the development of such technologies. For example, well-known American home improvement companies such as Home Depot and Lowe’s have been illegally using this technology in their stores for many years.

In September 2019, two lawsuits were filed, inwhich state that these stores secretly use technology to identify and track each of their customers, and that this violates the Illinois Biometric Information Privacy Act.

These lawsuits also state thatcompanies exchange biometric data of their customers with each other (or other stores) also without the consent of customers, and without informing them about what this data is used for.

US Federal Trade Commission recentlyfined Google for $ 170 million because its YouTube site violated children's privacy laws and made profits. In particular, YouTube violated the Children's Internet Privacy Protection Act by collecting data about it without parental consent and making millions of dollars from ads that use it.

It should be noted that $ 170 million is an insignificant amount for Google, which in 2018 earned more than $ 136 billion.

SIM swappers take control of your phone number and your data

A gateway to the leak of your personal data may becomeyour phone number. With the phone in your hands, you can get the access code to the site of a company when you forget the password. However, if your number falls into the hands of someone else, then this person will also be able to access many of your online accounts.

SIM card swapping - SIM swap is a method thathackers use to gain such control over someone else’s number, without even getting close to your real device. Using social engineering methods, scammers convince the telephone company to switch your phone number to another SIM card - the one that is in their hands.

After the phone number switches toThe hacker's SIM card, he can contact companies such as Facebook, Twitter or Google to get a new password for your accounts. Even Twitter CEO Jack Dorsey and Hollywood star Jessica Alba have become victims of SIM swaps.

At least one such SIM swap wasarrested in the United States and imprisoned, however this problem is likely to exist until companies stop using telephone authentication for social networks or other user accounts.

As stated in a recent article by researchers fromNorthwestern University and King's College London, smart home devices such as smart TVs and other IoT devices sometimes send encrypted data to some third parties other than the manufacturer.

Since most of the data has been encrypted,the researchers were unable to determine which data was sent. In particular, they found that many IoT devices communicate with Amazon, Google, and Akamai. These data, apparently, allow these companies to learn a lot about the users of such devices.

Researchers also found that almost allthe smart TVs they tested transmit data to Netflix, although none of the devices were configured for Netflix accounts. Again, the researchers were not able to determine exactly what information goes to this company.

It also turned out that some devicessent data in unencrypted streams in which researchers found rather limited confidential information. This state of affairs seems to say a lot about the current state of privacy around the world.

It follows that our devices connected to the Internet can violate our privacy. For example, here’s what’s said in a press release from a company that manufactures a range of smart cranes:

“VoiceIQ technology allows users to easilyheat water, turn it on and off using voice control, helping in the kitchen. Consumers can give a command to dose the volume of water. In addition, consumers can customize teams to simplify everyday tasks, such as filling a coffee pot, baby cup, or dog bowl. ”

Great and comfortable. But sending data to Google or Amazon will allow these companies to add details of your personal life to their databases. Also, given recent patents claiming that devices constantly “listen to your words”, apparently the day is not far off when everything that sounds in your kitchen will be recorded and analyzed.

Real-time car monitoring in 30 US states since early 2020

Previously, a driver’s license granted freedom,and you were "invisible." You could get in the car and see a doctor, or even go to a political rally. And the authorities would hardly know anything about it. However, now everything has changed.

RPSN will begin work soon in 30 states in the United States, allowing the police or other authorities to monitor your vehicle wherever you are.

RPSN is Rekor’s public safety network,which in real time provides law enforcement authorities with access to license plate information. The system supposedly will not recognize faces, but only cars; will determine and predict their location; and will work on completely legal grounds. Tracking data generated by artificial intelligence and machine learning algorithms will be provided free of charge to any agencies that will also share data with this network.

Despite the fact that the RPSN system will be used to track criminals, the authorities will be able to use it to track those who they want.

The combination of artificial intelligence with high-resolution video cameras is also used today in scenarios related to obtaining confidential data.

Now in some American schools, for example,in Georgetown, South Carolina, these systems are installed. The applied artificial intelligence system allows you to find a person wherever he is, attracting the attention of operators to unusual activity in a particular tracked territory.

They say that such systems are being developed,who can identify weapons and read facial expressions. It seems that soon parents will have to worry about whether their child was detained by the school security service because he looked angry or joked.

Track the biometric data of millions of people

Dr. David Sinclair deals with incrediblework in the field of human health and aging. In his new book, Life Expectancy, he suggests that preventing the next pandemic may require millions of people to connect to a centralized real-time monitoring system to help identify the spread of the disease before it becomes insurmountable.

This seems to be a great example of the conflict between personal integrity and the public good. Such a system is likely to destroy the privacy of all the people who participate in it.

The devices you will need fordetection of a terrible disease, should transmit information about whether you sleep well; Are you sad or in a good mood when you have sex? do you have menstruation, etc.

It is not easy to distinguish between the good of many and the rights of a few, however, when mass monitoring technologies become available, maintaining confidentiality seems to be impossible.

The classic peace sign V, which is done with two fingers with the hand turned forward, according to security experts, could be a disaster for your privacy.

Representative of the Shanghai Associationinformation security Zhang Wei explained that photographs of such fingers from 3 meters can transmit 50% of fingerprint information. If the photo was taken from 1.5 meters, then you can get 100% information about the prints. These fingerprints can be used to trick systems that rely on fingerprints to access places or accounts.

When the capabilities and accuracy of technology systems increase, they can improve our lives, but they can also become a threat to our privacy.